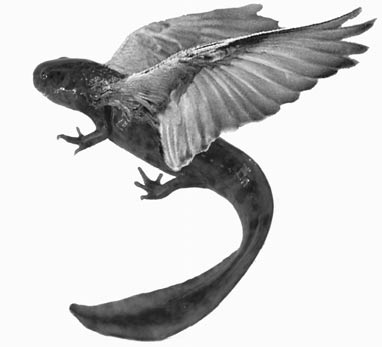 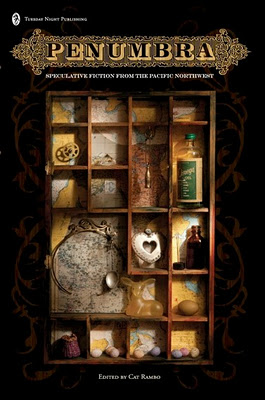 Guest Editor Cat Rambo writes: "PENUMBRA couldn’t have come from anywhere but the Pacific Northwest, not just because of the subject matter, but because of the mindset: a willingness to entertain the wacky or strange, to accept that one’s taxidermist has been abducted by aliens, that military troops are occupying Bainbridge Island, or that an elevator can carry one sideways to find true love."

Since 1999, members of the Speculative Fiction Writing Cooperative have shared their passion for speculative fiction -- and now they are expanding their audience.

Their 2006 anthology, OBLIQUITY, is imaginative storytelling with, at times, no more than a passing nod to the ordinary norms of science fiction, fantasy or magical realism. Certainly readers can expect to visit the far reaches of outer space and the inner spaces of computerized intelligence, the distant future and the mythical past, but they will also encounter unexplainable forces of nature, non-corporeal life forms, even intergalactic humor, in tales that might not have made their way into more conventional science fiction/fantasy collections.


Their first anthology, OFF THE ECLIPTIC, represents the best (so far) of the short works produced by some of the more regular of the irregular members of the SFWC.

The group meets the 2nd and 4th Tuesdays of every month at 7pm and welcomes newcomers and drop-ins. For more information, contact the bookstore.