The Trials of Life: A Natural History of Animal Behaviour (Hardcover) 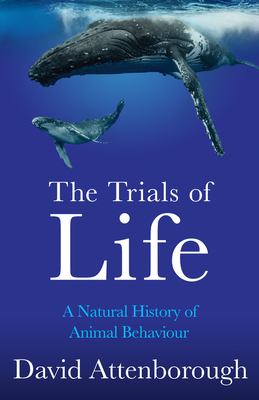 The Trials of Life: A Natural History of Animal Behaviour (Hardcover)

'This is, quite simply, the best thing I've ever done.' Sir David Attenborough on the TV series, The Trials of Life, upon which this book is based.

This is the third and last of Sir David's great natural history books based on his TV series and competes his survey of the animal world that began with Life on Earth and continues with Living Planet.

In Life on Earth, Sir David showed how each group of animals evolved. In Living Planet he looked at the way they have adapted to the whole range of habitats in which they live. Now, in Trials of Life, he completes the story by revealing how animals behave - and why.

David Attenborough is one of the world's leading naturalists and broadcasters. His distinguished career spans more than sixty years, and his extraordinary contribution to natural history broadcasting and film-making has brought him international recognition, from Life on Earth to Frozen Planet, Planet Earth to Blue Planet. He has achieved many professional awards, honours and merits, including the CBE and OM, and was knighted in 1985.