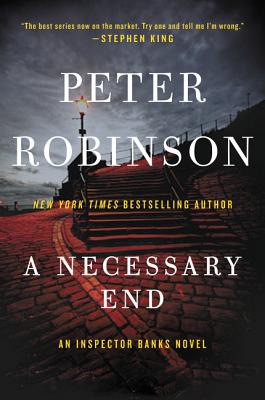 This is book number 3 in the Inspector Banks Novels series.

In the tradition of Ian Rankin and Elizabeth George, this masterful novel of suspense—from New York Times bestselling and Edgar Award-winning author Peter Robinson—spins a story of professional jealousy that could result in more than one murder.

A peaceful demonstration in the normally quiet town of Eastvale ends with fifty arrests—and the brutal stabbing death of a young constable. But Chief Inspector Alan Banks fears there is worse violence in the offing. For CID Superintendent Richard Burgess has arrived from London to take charge of the investigation, fueled by professional outrage and volatile, long-simmering hatreds.

Almost immediately, Burgess descends with vengeful fury upon the members of a sixties-style commune—while Banks sifts through the rich Yorkshire soil around him, turning over the earthy, unsettling secrets of seemingly placid local lives. Crossing Burgess could cost the Chief Inspector his career. But the killing of a flawed Eastvale policeman is not the only murder that needs to be solved here. And if Banks doesn't unmask the true assassin, his superior's misguided obsession might well result in further bloodshed.

Peter Robinson once again explores the human psyche in a novel that demonstrates how our weaknesses can lead to deadly consequences.