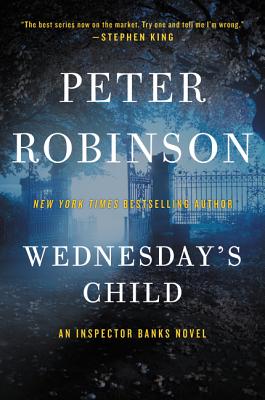 This is book number 6 in the Inspector Banks Novels series.

In New York Times bestselling and Edgar Award-winning author Peter Robinson’s heart-racing tale of suspense the case of a missing child is inextricably linked to that of the murder of a young man, sending Chief Inspector Alan Banks down a harrowing road to uncover the truth behind the crimes.

It was a crime of staggering inhumanity: a seven-year-old girl taken from her working class Yorkshire home by an attractive young couple posing as social workers. Chief Inspector Alan Banks feels certain little Gemma Scupham is dead, yet the motive for her kidnapping remains a mystery. No ransom is ever demanded, nor could Gemma's tortured, guilt-ridden mother afford to pay one.

And when the body of a young man is discovered in an abandoned mine, slain in a particularly brutal fashion, a disturbing perplexing case takes an even further sinister twist drawing Banks into the sordid depths of an evil more terrible and terrifying than anything the seasoned investigator has ever encountered.

Utterly suspenseful and compelling, Wednesday's Child will leave readers guessing and on the edge of their seats.

his best work yet ... You really won’t put this one down until the final paragraph.” — Toronto Globe and Mail