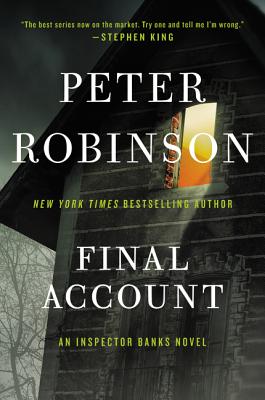 This is book number 7 in the Inspector Banks Novels series.

New York Times bestselling and Edgar Award-winning author Peter Robinson delivers one of his most chilling tales of suspense in which Inspector Banks must uncover the secret life of a seemingly ordinary man after his shocking murder.

There's more than blood and bone beneath the skin...

The victim, a nondescript "numbers cruncher," was murdered just yards away from his wife and daughter. And the crime scene is one that could chill the blood of even the most seasoned police officer.

But the strange revelations about an ordinary accountant's extraordinary secret life are what truly set Chief Inspector Alan Banks off—as lies breed further deceptions and blood begets blood, unleashing a policeman's dark passions...and a violent rage that, when freed, might be impossible to control.