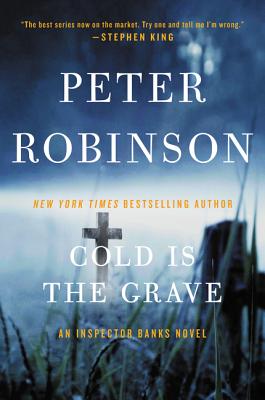 This is book number 11 in the Inspector Banks Novels series.

Detective Chief Inspector Alan Banks' life is shaken to the core when he is unexpectedly pulled into the investigation of a young girl's disappearance in this shattering suspense novel from the hand of a modern master.

“Full of twists and surprises....Robinson shows he has only begun to dig into the personality of his tenacious, thoughtful inspector.”—Chicago Tribune

When the nude photo of a teenage runaway shows up on a website, the girl's father turns to Detective Chief Inspector Alan banks for help. But these aren’t unusual circumstances, for the runaway is the daughter of a man who's determined to destroy the dedicated Yorkshire policeman's career and good name. Still, it’s a case that Banks—a father himself—dares not ignore as he follows its trail into teeming London. But when a series of gruesome murders follows soon after, Banks finds himself pulled into the past and private world of his most powerful enemy, Chief Constable Jimmy Riddle.

Peter Robinson is at the height of his storytelling skills in this twisting novel of suspense that proves one can never escape their pasts—especially when there are sordid secrets waiting to be revealed.