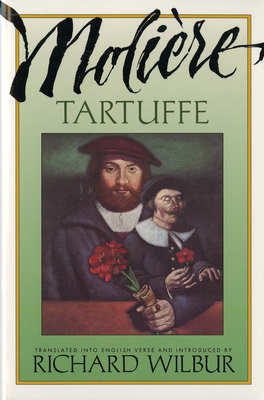 By Molière, Richard Wilbur (Translated by)


The rich bourgeois Orgon has become a bigot and prude. The title character, a wily opportunist and swindler, affects sancity and gains complete ascendancy over Ogron, who not only attemps to turn over his fortune but offers his daughter in marriage to his "spiritual" guide.

Translated and with an Introduction by Richard Wilbur.

RICHARD WILBUR, one of America’s most beloved poets, has served as poet laureate of the United States. He has received the National Book Award, two Pulitzer Prizes, the National Arts Club medal of honor for literature, and a number of translation prizes, including two Bollingen Prizes and two awards from PEN.