The World Come of Age: An Intellectual History of Liberation Theology (Hardcover) 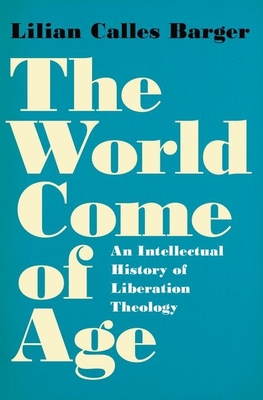 The World Come of Age: An Intellectual History of Liberation Theology (Hardcover)


Usually Ships in 1-5 Days
On November 16, 2017, Pope Francis tweeted, Poverty is not an accident. It has causes that must be recognized and removed for the good of so many of our brothers and sisters. With this statement and others like it, the first Latin American pope was associated, in the minds of many, with a stream of theology that swept the Western hemisphere in the 1960s and 70s, the movement known as liberation theology.
Born of chaotic cultural crises in Latin America and the United States, liberation theology was a trans-American intellectual movement that sought to speak for those parts of society marginalized by modern politics and religion by virtue of race, class, or sex. Led by such revolutionaries as the Peruvian Catholic priest Gustavo Guti rrez, the African American theologian James Cone, or the feminists Mary Daly and Rosemary Radford Ruether, the liberation theology movement sought to bridge the gulf between the religious values of justice and equality and political pragmatism. It combined theology with strands of radical politics, social theory, and the history and experience of subordinated groups to challenge the ideas that underwrite the hierarchical structures of an unjust society.
Praised by some as a radical return to early Christian ethics and decried by others as a Marxist takeover, liberation theology has a wide-raging, cross-sectional history that has previously gone undocumented. In The World Come of Age, Lilian Calles Barger offers for the first time a systematic retelling of the history of liberation theology, demonstrating how a group of theologians set the stage for a torrent of new religious activism that challenged the religious and political status quo.

Lilian Calles Barger was born in Buenos Aires, Argentina and immigrated to the United States as a child. She received her PhD from The University of Texas at Dallas and is the author of Eve's Revenge: Women and a Spirituality of the Body and Chasing Sophia: Reclaiming the Lost Wisdom of Jesus.