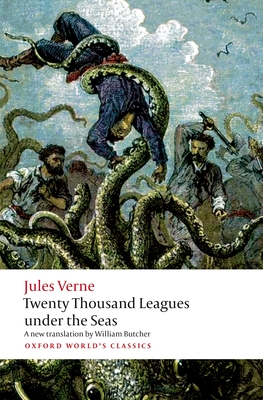 
Backordered
"I am going to sink it."
"You are not "
"I am," he coldly replied. "Do not take it on yourself to judge me, monsieur." French naturalist Dr Aronnax embarks on an expedition to hunt down a sea monster, but discovers instead the Nautilus, a self-contained world built by its enigmatic captain. Together Nemo and Aronnax explore the underwater realms of the globe, undergo a transcendental experience amongst the ruins of Atlantis, and plant a black flag at the South Pole. Nemo's mission is finally revealed to be a violent one-and his methods coldly efficient. Verne's classic novel has left a profound mark on subsequent centuries. Its themes are universal, its style alternately humorous and grandiose, its construction masterly. This new and unabridged translation brilliantly conveys the range of this seminal work. The volume also contains unpublished information about the novel's inception.

William Butcher is a Verne scholar and English Professor at the Hong Kong Institute of Education. He has written extensively on French literature and on natural language processing, and is the author of Verne's Journey to the Centre of the Self: Space and Time in the Voyages Extraordinaires (Palgrave Macmillan, 1990).