Coming to Our Senses: Perceiving Complexity to Avoid Catastrophes (Hardcover) 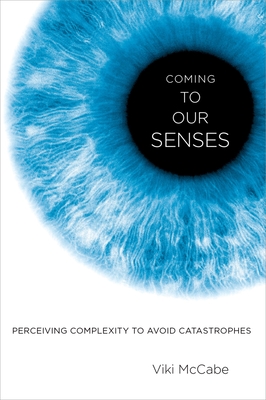 Coming to Our Senses: Perceiving Complexity to Avoid Catastrophes (Hardcover)


Usually Ships in 1-5 Days
In Coming to Our Senses, cognitive scientist Viki McCabe argues that prevailing theories of perception, cognition, and information cannot explain how we know the world around us. Using scientific studies and true stories, McCabe shows that the ecological disasters, political paralysis, and
economic failures we now face originate in our tendency to privilege cognitive processes and products over the information we access with our perceptual systems. As a result, we typically default to making decisions using inaccurate information such as mechanistic theories that reduce the world to
extractable, exploitable parts. But the world does not function as an assembly of parts; it functions as a coalition of complex systems--from cells to cities--that organize and sustain themselves and cannot be partitioned and retain their purpose. McCabe also argues that we cannot describe such
systems using theories and words. Instead, each system reveals itself in fractal-like geometric configurations that emerge from and reflect the structural organization that brings it into existence and determines its functions--a veritable physics of information. Thus, we comprehend phenomena as
disparate as neural networks, river deltas, and economies by perceiving the branching geometry that organizes them into distribution systems. McCabe's key point is that form not only follows function, it doubles as information. If we put our theories aside and focus on the information the world
displays, our perceptions can block hostile mental takeovers, reconnect us to reality, and bring us back to our senses.