A History of Photography in 50 Cameras (Paperback) 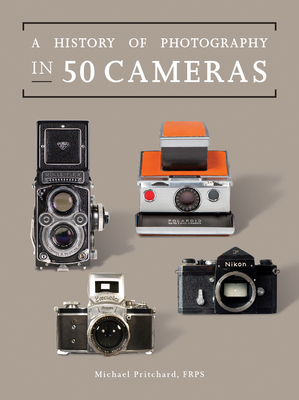 A History of Photography in 50 Cameras (Paperback)

A History of Photography in 50 Cameras explores the 180-year story of perhaps the most widely used device ever built. It covers cameras in all forms, revealing the origins and development of each model and tracing the stories of the photographers who used and popularized them. Illustrated throughout with studio shots of all fifty cameras and a selection of iconic photographs made using them, it is the perfect companion guide for camera and photography enthusiasts alike.

This is an ideal book for camera collectors as well as anyone researching the history and art of photography.

Dr. Michael Pritchard, FRPS, has over thirty years' experience as a researcher of photographic history and technology. He has written and lectured extensively and was awarded the Fellowship of the Royal Photographic Society for his work on the history of photography. He has contributed to numerous journals and publications, including The Oxford Companion to the Photograph and the Encyclopaedia of Nineteenth-Century Photography. Michael has been director-general of the Royal Photographic Society since 2011.