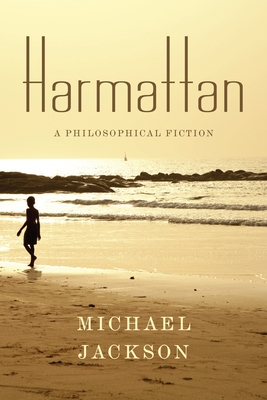 We all experience qualms and anxieties when we move from the known to the unknown. Though our fulfillment in life may depend on testing limits, our faintheartedness is a reminder of our need for security and our awareness of the risks of venturing into alien worlds. Evoking the hot, dust-filled Harmattan winds that blow from the Sahara to the Gulf of Guinea, this book creatively explores what it means to be buffeted by the unforeseen and the unknown. Celebrating the life-giving potential of people, places, and powers that lie beyond our established worlds, Harmattan connects existential vitality to the act of resisting prescribed customs and questioning received notions of truth. At the book's heart is the fictional story of Tom Lannon, a graduate student from Cambridge University, who remains ambivalent about pursuing a conventional life. After traveling to Sierra Leone in the aftermath of its devastating civil war, Tom meets a writer who helps him explore the possibilities of renewal. Illustrating the fact that certain aspects of human existence are common to all people regardless of culture and history, Harmattan remakes the distinction between home and world and the relationship between knowledge and life.
Michael Jackson is Distinguished Professor of World Religions at Harvard Divinity School. He has done extensive ethnographic fieldwork among the Kuranko of Sierra Leone, the Warlpiri of Central Australia, the Kuku-Yalanji of Cape York Peninsula, and with African migrants in Europe. He is the author of more than thirty books on ethnography, poetry, and fiction, including the prize-winning Paths Toward a Clearing: Radical Empiricism and Ethnographic Inquiry and At Home in the World.