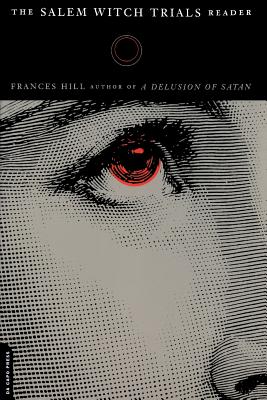 
Usually Ships in 1-5 Days
Against the backdrop of a Puritan theocracy threatened by change, in a population terrified not only of eternal damnation but of the earthly dangers of Indian massacres and recurrent smallpox epidemics, a small group of girls denounces a black slave and others as worshipers of Satan. Within two years, twenty men and women are hanged or pressed to death and over a hundred others imprisoned and impoverished. In The Salem Witch Trials Reader, Frances Hill provides and astutely comments upon the actual documents from the trial--examinations of suspected witches, eyewitness accounts of "Satanic influence," as well as the testimony of those who retained their reason and defied the madness. Always drawing on firsthand documents, she illustrates the historical background to the witchhunt and shows how the trials have been represented, and sometimes distorted, by historians--and how they have fired the imaginations of poets, playwrights, and novelists. For those fascinated by the Salem witch trials, this is compelling reading and the sourcebook.
Frances Hill is an accomplished journalist and novelist whose previous book on the Salem witch trials, A Delusion of Satan, was called "carefully researched and compelling" by Karen Armstrong, the author of A History of God. She lives in London.