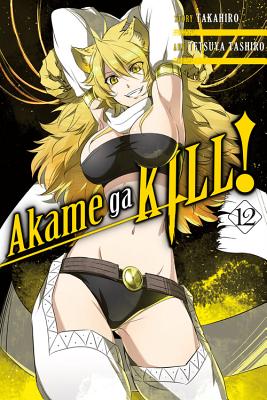 This is book number 12 in the Akame ga KILL! series.

Night Raid have arrived to rescue their captured members...not realizing they might be walking straight into a trap! Becoming locked in battle with the Empire's two strongest warriors, Night Raid push themselves to their limits--and beyond. Mine is as determined to have Tatsumi out of Esdeath's clutches as the commander is to have her way with him--but what will be the cost of his freedom...?
Takahiro is the writer behind the popular Akame ga KILL! and its prequel series Akame ga KILL! Zero.