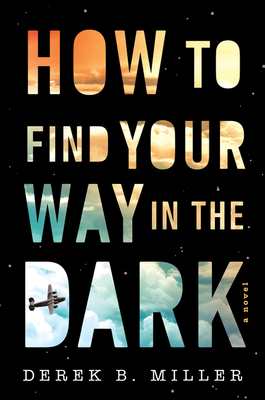 By Derek B. Miller

This is book number 1 in the A Sheldon Horowitz Novel series.

In this prequel to Miller’s superb Norwegian by Night, we meet Sheldon Horowitz at age twelve, recovering from the murder of his father and adapting to life with his Uncle Nate and two teenage cousins. It’s 1938 and Sheldon is consumed with desire for vengeance for his father’s death. As he lurches toward adulthood with his best friend Lenny, he encounters comedians in the Catskills, mafia hitmen, wacky accordion players, and a burning desire to defend his country. If you loved Norwegian by Night and American by Day, Miller’s third book in the series will make you laugh out loud and wipe away tears as you share the coming of age of this stunningly crafted character. Norwegian by Night is one of my all-time favorite novels and How to Find Your Way in the Dark just might be a close second. ~ Susan

"[Miller’s] character portraits are indelible, often heartbreaking. At times this novel moved me to tears, the highest possible compliment.”

With the wit and scope of Michael Chabon’s The Amazing Adventures of Kavalier and Clay, Derek B. Miller tackles his most ambitious epic yet. At its heart is the return of Sheldon Horowitz, the protagonist from Miller’s award-winning first novel, Norwegian by Night, who was lauded by Pulitzer Prize–winning author Richard Russo as “one of the most memorable characters . . . that I’ve encountered in years.”

MEET SHELDON IN THE MORNING OF HIS LIFE

Twelve-year old Sheldon Horowitz is still recovering from the tragic loss of his mother only a year ago when a suspicious traffic accident steals the life of his father near their home in rural Massachusetts. It is 1938, and Sheldon, who was in the truck, emerges from the crash an orphan hell-bent on revenge. He takes that fire with him to Hartford, where he embarks on a new life under the roof of his buttoned-up Uncle Nate. Sheldon, his teenage cousins Abe and Mirabelle, and his best friend, Lenny, will contend with tradition and orthodoxy, appeasement and patriotism, mafia hitmen and angry accordion players, all while World War II takes center stage alongside a hurricane in New England and comedians in the Catskills. With his eye always on vengeance for his father’s murder, Sheldon stakes out his place in a world he now understands is comprised largely of crimes: right and wrong, big and small.

“For me—as I’m certain it will be for every reader of the wonderful Norwegian By Night—Derek B. Miller’s new novel is a genuine literary event (Sheldon Horowitz is back!). Miller has long deserved to be a household name. How to Find Your Way in the Dark should finally make him one."

—Richard Russo, author of Empire Falls and Chances Are...

Derek B. Miller is an American novelist, who worked in international affairs before turning to writing full-time. He is the author of five previous novels, all highly acclaimed: Norwegian by Night, The Girl in Green, American by Day, Radio Life and Quiet Time (an Audible Original). His work has been shortlisted for many awards, with Norwegian by Night winning the CWA John Creasey Dagger Award for best first crime novel, an eDunnit Award and the Goldsboro Last Laugh Award. How to Find Your Way in the Dark was a Finalist for the National Jewish Book Award and a New York Times best mystery of 2021.

“A rollicking novel that . . . follows its characters through a decade of fascinating history. Miller has crafted a wide-ranging, years-spanning yet tightly structured plot, and he excels at placing memorable characters in unusual circumstances. An underlying seriousness lies at the heart of all of this intrigue, hilarity and fun . . . The ending of How to Find Your Way in the Dark is nothing short of brilliant.”  — Bookpage, *starred review*

“[A] terrific coming-of-age story . . . Readers will root for Sheldon, a memorable survivor, every step of the way.”  — Publishers Weekly, *starred* review

“The Old Testament is the first hardboiled detective story (spoiler: God's the killer); Derek B. Miller's sly, moving, fable-like HOW TO FIND YOUR WAY IN THE DARK is Chandler by way of The Chosen, Marlowe with a touch of Talmud, ‘Judeo-Noir’ at its finest.”  — —Shalom Auslander, nationally best-selling author of Hope: A Tragedy and Mother for Dinner

“For me—as I’m certain it will be for every reader of the wonderful Norwegian By Night—Derek B. Miller’s new novel is a genuine literary event (Sheldon Horowitz is back!). Miller has long deserved to be a household name. HOW TO FIND YOUR WAY IN THE DARK should finally make him one."  — —Richard Russo, Pulitzer Prize-winning author of Empire Falls and Chances Are...

“In a novel that manages to be both searing and funny, Derek Miller’s characters slalom through the underside of pre-war city life, through breathtaking U-boat battles, and into the Borscht Belt at its most fraught hour, when the Jewish world teeters on the abyss. With Miller's signature blend of humor and questions that make you sit up straight and reconsider, HOW TO FIND YOUR WAY IN THE DARK puts a finger on the paradox of Jewish comedy.”  — —Rachel Kadish, National Jewish Book Award-winning author of The Weight of Ink