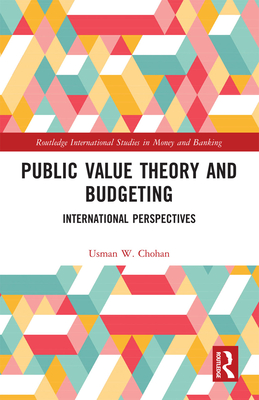 Public value theory has advanced over the past 30 years, but there is a need to extend its boundary outwards into new contexts and update its discourse to reflect new social challenges. We are now trying to create value in a globalized world, with supranational entities, with new international alliances and institutions, in a frightening post-truth era. How can public managers grapple with these emerging realities? This book seeks to provide answers to such public value questions by applying powerful budgeting perspectives. Using case studies of independent budget offices, key fiscal instruments, and leading public value frameworks, this book stands out in its use of budgetary lenses to answer pertinent questions about the multidimensional processes of value creation by and for a wider society.

Pushing the debate on public value forward and taking it onto the global stage, the book asks whether public value (and other public administration theories) are applicable beyond the traditional context of the pro-globalization Western liberal democracies in which they were conceived. It does this by exploring the realms of developing countries, supranational entities, and post-Communist societies, among others. Finally, it presents these explorations in light of very recent sociopolitical trends and phenomena, including the growth of civil society, the global financial crisis, the illiberal democracy, and the post-truth era.

Tailored to an audience comprising public administration scholars, students of government, budget practitioners, and social scientists interested in contemporary problems of values in society, this book helps to advance public administration thought by extending public value theory into new contexts and relating it to the growing global challenges of public life.

Usman W. Chohan, PhD, is a public value theorist and a post-doctoral fellow at the University of New South Wales, Australia. He has previously served at the National Bank of Canada and the World Bank. He was included among Australia's 50 Top Thinkers by the Conversation in 2016. He has resided in ten countries on five continents and is President of the International Association of Hyperpolyglots, with fluency in eight different languages. His previous research has been cited in parliamentary reviews and motions in Australia and Canada. He has been a Global Shaper of the World Economic Forum and is today included among the leading Business Authors in the rankings of the Social Science Research Network.