The Call of the Tribe (Hardcover) 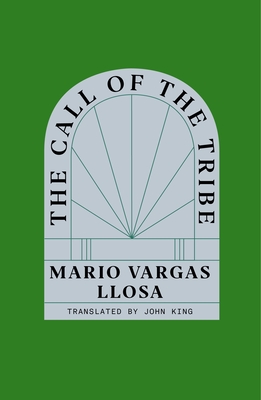 The Call of the Tribe (Hardcover)

The intellectual autobiography of Mario Vargas Llosa, winner of the Nobel Prize in Literature.

From its origins, the liberal doctrine has represented the most advanced forms of democratic culture, and it is what has most defended us from the inextinguishable “call of the tribe.” This book hopes to make a modest contribution to that indispensable project.

In The Call of the Tribe, Mario Vargas Llosa surveys the readings that have shaped the way he thinks and has viewed the world over the past fifty years. The Nobel laureate, “tireless in his quest to probe the nature of the human animal” (Marie Arana, The Washington Post), maps out the liberal thinkers who helped him develop a new body of ideas after the great ideological traumas of his disenchantment with the Cuban Revolution and his alienation from the ideas of Jean-Paul Sartre, the author who most inspired Vargas Llosa in his youth.

The works of Adam Smith, José Ortega y Gasset, Friedrich A. Hayek, Karl Popper, Raymond Aron, Isaiah Berlin, and Jean-François Revel helped the author enormously during those uneasy years. They showed him another school of thought, one that placed the individual before the tribe, nation, class, or party and defended freedom of expression as a fundamental value for the exercise of democracy. The Call of the Tribe documents Vargas Llosa’s engagement with their work and charts the evolution of his personal ideology.

Mario Vargas Llosa was awarded the Nobel Prize in Literature "for his cartography of structures of power and his trenchant images of the individual's resistance, revolt, and defeat." He has also won the Miguel de Cervantes Prize, the Spanish-speaking world’s most distinguished literary honor. His many works include The Feast of the Goat, In Praise of the Stepmother, and Aunt Julia and the Scriptwriter, all published by FSG.

John King edited From Oslo to Jerusalem from I. B. Tauris.

"The Peruvian Nobel laureate lays out how seven thinkers convinced him of the importance of the individual before the communal . . . It’s a mini-master course, regardless of your own political philosophy." —Bethanne Patrick, Los Angeles Times

"Worthy and useful . . . There is an enormous amount to be learned from this book." —David Mehegan, Arts Fuse

"[A] thoughtful, reflective book . . . Vargas Llosa reveals with enthusiasm and aplomb the political and social beliefs that have found homes in his work." —Kirkus Reviews

"There’s a special pleasure in a book that guides you through how a brilliant mind works, which is exactly the promise of Vargas Llosa’s 'intellectual autobiography.'” —Jessie Gaynor, Lit Hub

"Vargas Llosa . . . lays out in this pensive survey the seven thinkers who shaped his belief in liberal democracy . . . cumulatively they amount to an illuminating look at the author’s own political and intellectual trajectory." —Publishers Weekly