The Odyssey: A Dramatic Retelling of Homer's Epic (Paperback) 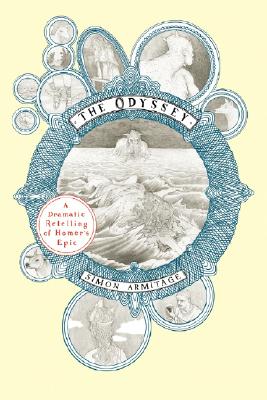 The Odyssey: A Dramatic Retelling of Homer's Epic (Paperback)

"Armitage has given an ageless story new vigor, and has done it with style, wit and elegance."—Literary Review

In this new verse adaptation, originally commissioned for BBC radio, Simon Armitage has recast Homer's epic as a series of bristling dramatic dialogues: between gods and men; between no-nonsense Captain Odysseus and his unruly, lotus-eating, homesick companions; and between subtle Odysseus (wiliest hero of antiquity) and a range of shape-shifting adversaries—Calypso, Circe, the Sirens, the Cyclops—as he and his men are "pinballed between islands" of adversity. One of the most individual voices of his generation, Armitage revitalizes our sense of the Odyssey as oral poetry, as indeed one of the greatest of tall tales.

Simon Armitage is Professor of Poetry at the University of Leeds and from 2015 to 2019 served as the Oxford Professor of Poetry. He has published ten collections of poetry and is the author of four stage plays, over a dozen television films, a libretto, two novels, and three memoirs. His poetry has won numerous awards, including a Gregory Award, a Forward Prize, a Lannan Literary Award, and the Queen’s Gold Medal for Poetry. In 2019 he was appointed Poet Laureate of the United Kingdom.