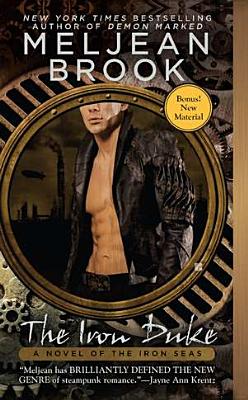 
Backordered
After freeing England from Horde control, Rhys Trahaearn has built a merchant empire. And when Detective Mina Wentworth enters his dangerous world to investigate a mysterious death, Rhys intends to make her his next conquest.
Meljean was raised in the middle of the woods, and hid under her blankets at night with fairy tales, comic books, and romances. She left the forest and went on a misguided tour through the world of accounting, banking, and a (very) brief teaching career before focusing on her first loves, reading and writing--and she realized that monsters, superheroes, and happily-ever-afters are easily found between the covers, as well as under them, so she set out to make her own.Meljean lives in Portland, Oregon with her husband and daughter.