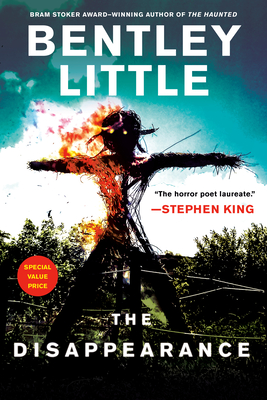 
Usually Ships in 1-5 Days
The perfect getaway turns into a nightmare when a girl vanishes without a trace in this horror novel that could only have come from the mind of Bram Stoker Award-winning author Bentley Little.

Gary, his girlfriend, Joan, and their friends intend to make the most of their three day vacation from UCLA partying at Burning Man. But soon after they arrive at the festival in the remote desert, Joan disappears. Calls to her parents’ home yield only dead air. Her school records are gone. And there’s no evidence that Joan, or even her roommate, ever existed. Most disturbing of all is what they do find.

Among Joan’s belongings is a prayer written on a small scroll. It’s a safeguard—and a warning—from something called The Outsiders. For Gary and his friends it’s the only clue. Now, if they want to find out exactly what happened to Joan, they must follow it. But they may not like what they uncover....
Bentley Little is the author of numerous novels, short stories, articles, essays, and reviews. After earning a BA in communications and an MA in English, Little sold his soul and abandoned all artistic integrity, working for eight years as a bureaucrat for a midsized city in Orange County, California. His first novel, The Revelation, won the 1990 Horror Writers Association Bram Stoker Award for best first novel.
Praise for Bram Stoker Award-Winning Author Bentley Little

“[Bentley Little is] on par with such greats as Stephen King, Clive Barker, and Peter Straub.”—Midwest Book Review

“Little possesses the uncanny ability to take everyday situations and turn them into nightmares.”—Publishers Weekly