No Exit and Three Other Plays (Vintage International) (Paperback) 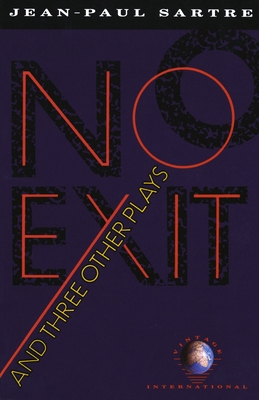 No Exit and Three Other Plays (Vintage International) (Paperback)


Usually Ships in 1-5 Days
NOBEL PRIZE WINNER • Four seminal plays by one of the greatest philosophers of the twentieth century.

An existential portrayal of Hell in Sartre's best-known play, as well as three other brilliant, thought-provoking works: the reworking of the Electra-Orestes story, the conflict of a young intellectual torn between theory and conflict, and an arresting attack on American racism.
JEAN-PAUL SARTRE is a Nobel Prize-winning philosopher, novelist, playwright, and polemicist, and is thought to have been the central figure in post-war European culture and political thinking. He is the author of The Age of Reason, The Words, and the play No Exit among other works.