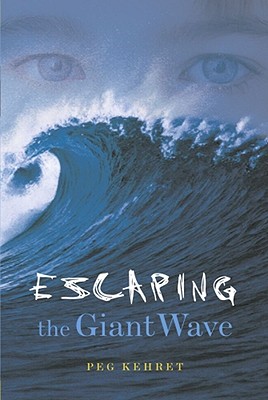 
Usually Ships in 1-5 Days
When an earthquake hits on their family vacation, can Kyle and his sister survive the following tsunami?

The Worst Vacation Ever!

Thirteen-year-old Kyle thought spending a vacation on the Oregon coast with his family would be great. He’d never flown before, and he’s never seen the Pacific Ocean.

One evening Kyle is left in charge of his younger sister, BeeBee, while his parents attend an adults-only Salesman of the Year dinner on an elegant yacht.

Then the earthquake comes—starting a fire in their hotel! As Kyle and BeeBee fight their way out through smoke and flame, Kyle remembers the sign at the beach that said after an earthquake everyone should go uphill and inland, as far from the ocean as possible. Giant tsunami waves—three or four stories high—can ride in from the sea and engulf anyone who doesn’t escape fast enough.

Kyle and BeeBee flee uphill as a tsunami crashes over the beach, the hotel, and the town. The giant wave charges straight up the hillside and through the woods where the children are running for their lives. The perfect vacation has become a nightmare! Somehow Kyle and BeeBee have to outwit nature’s fury and save themselves from tsunami terror.
PEG KEHRET's popular novels for young people are regularly nominated for state awards. She has received the Young Hoosier Award, the Golden Sower Award, the Iowa Children's Choice Award, the Celebrate Literacy Award, the Sequoyah Award, the Land of Enchantment Award, the Maud Hart Lovelace Award, and the Pacific Northwest Young Reader's Choice Award. She lives with her husband, Carl, and their animal friends in Washington State, where she is a volunteer at the Humane Society and SPCA. Her two grown children and four grandchildren live in Washington, too.

Peg's Minstrel titles include Nightmare Mountain: Sisters, Long Ago; Cages; Terror at the Zoo; Horror at the Haunted House; and the Frightmares series.