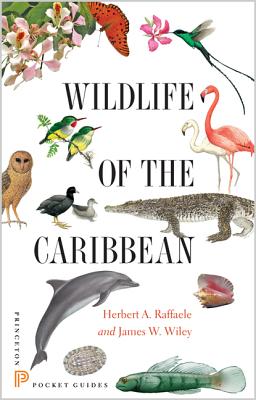 By Herbert A. Raffaele, James Wiley

The essential guide to the living wonders of the Caribbean islands

This is the first comprehensive illustrated guide to the natural world of the Caribbean islands. It contains 600 vivid color images featuring 451 species of plants, birds, mammals, fish, seashells, and much more. While the guide primarily looks at the most conspicuous and widespread species among the islands, it also includes rarely seen creatures--such as the Rhinoceros Iguana and Cuban Solenodon--giving readers a special sense of the region's diverse wildlife. Each species is represented by one or more color photos or illustrations; details regarding its identification, status, and distribution; and interesting aspects of its life history or relationship to humans. In addition, an introductory section focuses on the unique characteristics of the Caribbean's fauna and flora, the threats faced by both, and some of the steps being taken to sustain the area's extraordinary natural heritage. Wildlife of the Caribbean is the essential field guide for learning about the living wonders in this area of the world.

Herbert A. Raffaele has worked in the Caribbean for over four decades. He directed wildlife conservation for Puerto Rico's Department of Natural Resources and served as chief of Latin American and Caribbean programs for the U.S. Fish and Wildlife Service. James W. Wiley has conducted ornithological research throughout the Caribbean since 1972. Raffaele and Wiley are coauthors of Birds of the West Indies (Princeton).