The Individualists: Radicals, Reactionaries, and the Struggle for the Soul of Libertarianism (Hardcover) 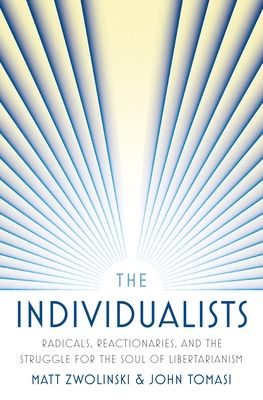 The Individualists: Radicals, Reactionaries, and the Struggle for the Soul of Libertarianism (Hardcover)

A sweeping history of libertarian thought, from radical anarchists to conservative defenders of the status quo

Libertarianism emerged in the mid-nineteenth century with an unwavering commitment to progressive causes, from women's rights and the fight against slavery to anti-colonialism and Irish emancipation. Today, this movement founded on the principle of individual liberty finds itself divided by both progressive and reactionary elements vying to claim it as their own. The Individualists is the untold story of a political doctrine continually reshaped by fierce internal tensions, bold and eccentric personalities, and shifting political circumstances. Matt Zwolinski and John Tomasi trace the history of libertarianism from its origins as a radical progressive ideology in the 1850s to its crisis of identity today. They examine the doctrine's evolution through six defining themes: private property, skepticism of authority, free markets, individualism, spontaneous order, and individual liberty. They show how the movement took a turn toward conservativism during the Cold War, when the dangers of communism at home and abroad came to dominate libertarian thinking. Zwolinski and Tomasi reveal a history that is wider, more diverse, and more contentious than many of us realize. A groundbreaking work of scholarship, The Individualists uncovers the neglected roots of a movement that has championed the poor and marginalized since its founding, but whose talk of equal liberty has often been bent to serve the interests of the rich and powerful.
Matt Zwolinski is professor of philosophy at the University of San Diego, where he is director of the Center for Ethics, Economics, and Public Policy. His books include The Routledge Companion to Libertarianism. John Tomasi is president of Heterodox Academy in New York City. He is the author of Free Market Fairness (Princeton).