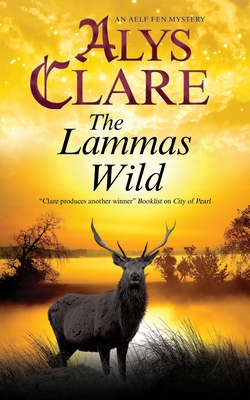 This is book number 10 in the Aelf Fen Mystery series.

Healer Lassair returns to England and uncovers a secret that puts the lives of everyone she knows in grave danger, in the final Aelf Fen medieval mystery.

It is the summer of 1100, and after seven long years away in Spain, Lassair is finally going home. Back to her beloved mentor Gurdyman. Back to her family. And back to young lawman Jack Chevestrier, who Lassair hopes still carries the same deep feelings for her as she does for him. Before she can reunite with her loved ones, however, Lassair has a long-overdue task to perform. Old flame - and king's spy - Rollo Guiscard left her a chest before he died, and it is finally time for her to collect it. But the chest contains more than gold, and soon Lassair is caught up in a web of danger and deception that threatens not just her own life, but the lives of everyone she holds dear. And this is not the only peril Lassair must face. For although she's left the south behind her forever, the south is not done with her yet . . . Gripping, tense and moving, the last installment of the Aelf Fen series provides both a twisty and compelling historical murder mystery and a hugely satisfying end to Lassair's story, which began over a decade ago with OUT OF THE DAWN LIGHT.
Alys Clare lives in the English countryside, where her novels are set. She went to school in Tonbridge and later studied archaeology at the University of Kent. As well as the Aelf Fen series, she is also the author of the Hawkenlye, Gabriel Taverner and World's End Bureau mystery series.