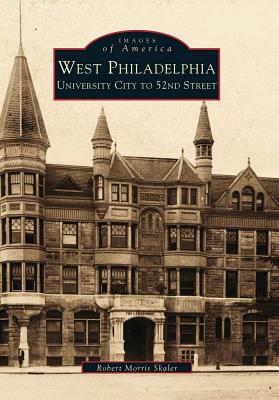 The first photographic history of West Philadelphia over the last 100+ years.

The many neighborhoods west of the Schuylkill River across from William Penn's "Quaker City" were distinctly rural until 1860, when horsecar lines first crossed the river. The area soon became home to wealthy businessmen who built elegant mansions and villas in University City and Powelton Village. West Philadelphia's growth accelerated northward into Belmont and Parkside-Girard after the 1876 Centennial Exposition and westward into Cedar Park, Spruce Hill, and Walnut Hill in the 1890s with the introduction of electric trolley lines.

Images of the typical, modest West Philadelphia row houses, which slowly took over the open farmland after the Market Street Elevated opened in 1907, tell the story of how Philadelphia became known as the "City of Homes." Countless, rarely seen photographs of the streets where people lived and worked fill this extraordinary history.