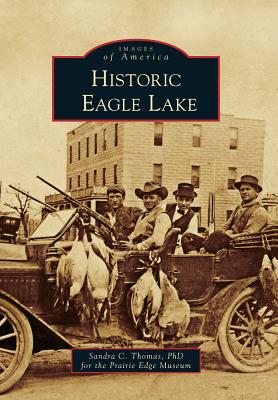 
Usually Ships in 1-5 Days
Eagle Lake was named for its large natural lake, which attracted the Karankawa Indians and early settlers from Stephen F. Austin's band of 300 colonists. In its location near the lake, the Colorado River, and the coastal plains, Eagle Lake is a productive agricultural, gravel, ranching, waterfowl, wildflower, and shipping center. In the late 1800s, Eagle Lake was a profitable sugarcane area, with one of the largest sugar refineries in the South. It was founded as the third stop on the first operating railroad in Texas, the Buffalo Bayou, Brazos & Colorado. It became home to the Cane Belt Railroad and received several trainloads of weekend visitors from Houston who came to enjoy the lake pavilion and its dances, skating, boating, and fishing. Real estate trains brought potential residents from Midwestern states to buy land and settle the area in the late 1800s. It is home to the National Attwater Prairie Chicken Refuge. Due to its location in the center of the Texas rice-growing area and the migratory waterfowl corridor from Canada to South America, it is known as the Goose Hunting Capital of the World.