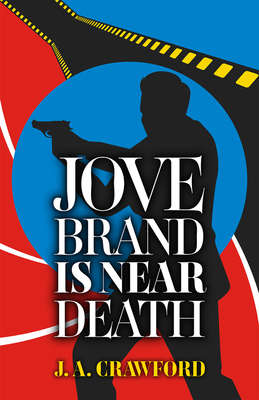 By J. A. Crawford

This is book number 1 in the Ken Allen Super Sleuth series.

The name is Allen. Ken Allen.

These days Ken Allen is a nobody.

But once upon a time, his name was Brand. Jove Brand.

Eighteen years ago, Ken Allen played the famous fictional superspy in Near Death, a movie so bad it was never meant to be seen. Since then, Ken has faded into cult obscurity, but when his celebrated successor is killed in the same ghastly fashion as the villain in Near Death, Ken is cast as the prime suspect.

The only way for Ken to clear his name is to go full method and once again play the part of Jove Brand, except this time it’s for real. As murder surrounds him, the secrets behind Near Death Ken fought to keep buried for eighteen years begin to surface.

Despite what his family thinks, Joe is not a spy and travels the country investigating disaster sites. Before that, he taught Criminal Justice, Montessori Kindergarten, and several martial arts. He divides his time between Michigan, California, and the worlds in his head.

Check in on Joe at www.jacrawford.net.