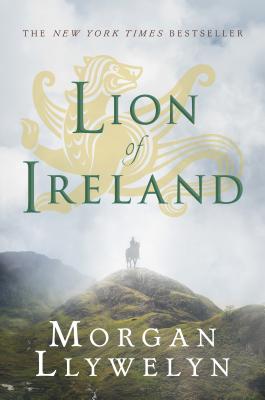 This is book number 5 in the Celtic World of Morgan Llywelyn series.

Brian Boru was stronger, braver, and wiser than all other men—the greatest king Ireland has ever known. Out of the mists of the country's most violent age, he merged to lead his people to the peak of their golden era.

Set against the barbaric splendor of the tenth century, this is a story rich in truth and legend, in which friends become deadly enemies, bedrooms turn into battlefields, and dreams of glory transform into reality.

MORGAN LLYWELYN is the author of such highly praised historical novels as the New York Times bestselling Lion of Ireland, Bard, Brian Boru, Finn Mac Cool, Pride of Lions, and 1916. She is celebrated as the high priestess of Celtic historical fiction and has won numerous awards for her historical fiction. She lives near Dublin, Ireland.

“A royal read...withouta misstep and with touching beauty.”—The Washington Post

“Llywelyn has woven thehistorical tales of her country and its greatest High King into a singlemagnificent book. . . . This is an extraordinary biography of a very human man. . . with convincing characterizations and vivid, detailed descriptions . . .”—The Dallas Morning News

“A rousing story . . .Something to enjoy on a cold night by the fireplace with your goblet of mead orstrong ale.” –Boston Sunday Globe