What Is Reformed Theology?: Understanding the Basics (Paperback) 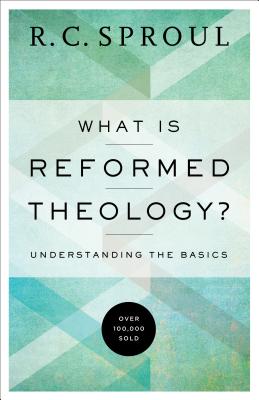 What Is Reformed Theology?: Understanding the Basics (Paperback)


Usually Ships in 1-5 Days
What Do the Five Points of Calvinism Really Mean?

Many have heard of Reformed theology, but may not be certain what it is. Some references to it have been positive, some negative. It appears to be important, and they'd like to know more about it. But they want a full, understandable explanation, not a simplistic one.

What Is Reformed Theology? is an accessible introduction to beliefs that have been immensely influential in the evangelical church. In this insightful book, R. C. Sproul walks readers through the foundations of the Reformed doctrine and explains how the Reformed belief is centered on God, based on God's Word, and committed to faith in Jesus Christ. Sproul explains the five points of Reformed theology and makes plain the reality of God's amazing grace.
R. C. Sproul (1939-2017) was founder of Ligonier Ministries, an international Christian discipleship organization located near Orlando, Florida. He was also founding pastor of Saint Andrew's Chapel in Sanford, Florida, first president of Reformation Bible College, and executive editor of Tabletalk magazine. His radio program, Renewing Your Mind, is still broadcast daily on hundreds of radio stations around the world and can also be heard online. Dr. Sproul contributed dozens of articles to national evangelical publications, spoke at conferences, churches, colleges, and seminaries around the world, and wrote more than one hundred books, including The Holiness of God, Chosen by God, and Everyone's a Theologian. He also served as general editor of the Reformation Study Bible.