The Patient Ferment of the Early Church: The Improbable Rise of Christianity in the Roman Empire (Paperback) 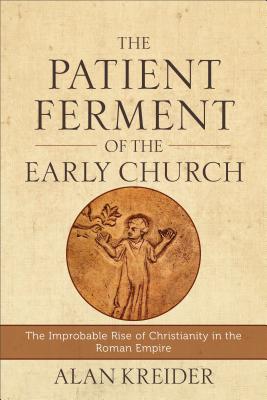 The Patient Ferment of the Early Church: The Improbable Rise of Christianity in the Roman Empire (Paperback)


Usually Ships in 1-5 Days
How and why did the early church grow in the first four hundred years despite disincentives, harassment, and occasional persecution? In this unique historical study, veteran scholar Alan Kreider delivers the fruit of a lifetime of study as he tells the amazing story of the spread of Christianity in the Roman Empire. Challenging traditional understandings, Kreider contends the church grew because the virtue of patience was of central importance in the life and witness of the early Christians. They wrote about patience, not evangelism, and reflected on prayer, catechesis, and worship, yet the church grew--not by specific strategies but by patient ferment.
Alan Kreider (1941-2017; PhD, Harvard University) was professor emeritus of church history and mission at Anabaptist Mennonite Biblical Seminary. For many years he lived in England, where he was director of the London Mennonite Centre and later director of the Centre for Christianity and Culture at Regent's Park College, Oxford University. Kreider authored several books.