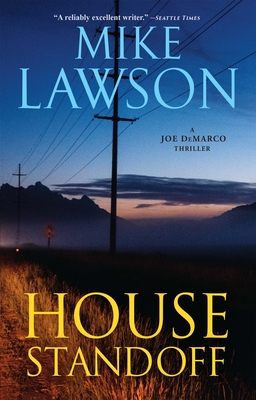 
Usually Ships in 1-5 Days
When someone close to him is shot dead in a roadside motel in a small-town in Wyoming, DeMarco shirks his responsibilities as the Speaker of the House's fixer to make sure the authorities are doing everything that can be done to catch the killer. He soon realizes that the rural area is dominated by Hiram Bunt, a wealthy rancher with an obstructionist streak who is willing to take on the federal government at gunpoint and seems to have a number of politicians under his thumb.

But Bunt is not the only one in the way. DeMarco also learns that his friend--a woman he was once in love with--had unearthed a number of explosive secrets during her time in the backwoods, and that the deputy in charge of the investigation may be ignoring several leads to preserve a secret of his own. Surrounded by people willing to kill to maintain the status quo, DeMarco launches his own investigation into a growing list of intertwining suspects. And being DeMarco, he concludes that breaking the law to uncover the truth is the best way to ensure that justice is done. Gripping and genuinely unpredictable to the very end.

Mike Lawson is a former senior civilian executive for the U.S. Navy. He is the author of fourteen previous novels starring Joe DeMarco and three novels with his protagonist Kay Hamilton.