God in the Dock: Essays on Theology and Ethics (Paperback) 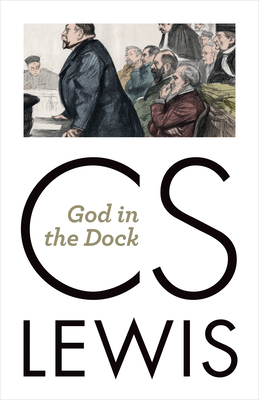 God in the Dock: Essays on Theology and Ethics (Paperback)


Usually Ships in 1-5 Days
C. S. Lewis struck me as the most thoroughly converted man I ever met, observes Walter Hooper in this book's preface. His whole vision of life was such that the natural and the supernatural seemed inseparably combined. God in the Dock contains forty-eight essays and twelve letters written by Lewis between 1940 and 1963. Ranging from popular newspaper articles to learned defenses of the faith, these pieces cover topics as varied as the logic of theism, good and evil, miracles, the role of women in the church, and ethics and politics. Many represent Lewis's first ventures into themes he would later treat in full-length books.