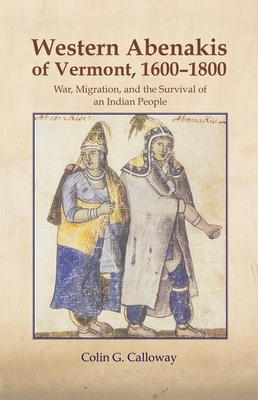 Before European incursions began in the seventeenth century, the Western Abenaki Indians inhabited present-day Vermont and New Hampshire, particularly the Lake Champlain and Connecticut River valleys. This history of their coexistence and conflicts with whites on the northern New England frontier documents their survival as a people-recently at issue in the courts-and their wars and migrations, as far north as Quebec, during the first two centuries of white contacts.

Written clearly and authoritatively, with sympathy for this long-neglected tribe, Colin G. Calloway's account of the Western Abenaki diaspora adds to the growing interest in remnant Indian groups of North America. This history of an Algonquian group on the periphery of the Iroquois Confederacy is also a major contribution to general Indian historiography and to studies of Indian white interactions, cultural persistence, and ethnic identity in North America.