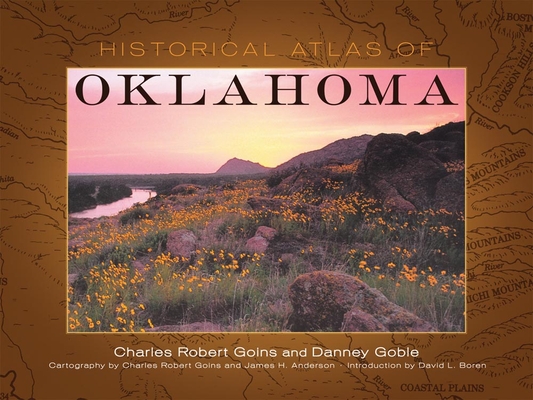 
Usually Ships in 1-5 Days
The Historical Atlas of Oklahoma has been an indispensable reference for longer than four decades. Issued on the eve of the Oklahoma Centennial, this fourth edition of the atlas is much more than an updated version. Oklahoma authors Charles Robert Goins and Danney Goble are joined by seventeen contributing scholars (including natural and physical scientists) and other professionals to present 119 topics. To explore each, one or more maps with explanatory legends, tables, and graphs are paired with an interpretive essay. Like earlier editions, the Atlas describes Oklahoma's landforms and natural resources and traces the state's geographic history from the earliest hunter-gatherer bands to today's mostly urban inhabitants. New to this edition are maps exploring additional aspects of the state's economy and its diverse society, politics, and culture, such as black history, women's experiences, and the musicians, writers, and other artists identified with the state. Reflecting the most up-to-date information as of 2005 from the U.S. Census Bureau and other sources, this new edition of the Historical Atlas of Oklahoma will be an invaluable resource for scholars, teachers, students, and any reader who wants to know more about the history of Oklahoma. Created by cartographer James H. Anderson, more than 170 maps--in full color--chart Oklahoma's rich and varied history and current population trends.
Charles Robert Goins is Professor Emeritus of Regional and City Planning and Architecture in the College of Architecture at the University of Oklahoma.The late Danney Goble was Professor of Letters at the University of Oklahoma and the award-winning author or coauthor of eight books about Oklahoma and Oklahomans.