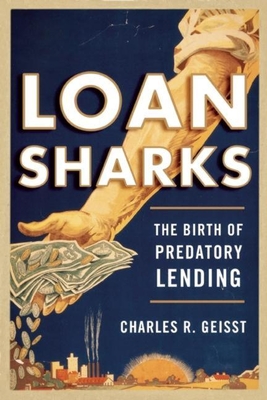 
Email or call for price
Predatory lending: A problem rooted in the past that continues today. Looking for an investment return that could exceed 500 percent annually; maybe even twice that much? Private, unregulated lending to high-risk borrowers is the answer, or at least it was in the United States for much of the period from the Civil War to the onset of the early decades of the twentieth century. Newspapers called the practice "loan sharking" because lenders employed the same ruthlessness as the great predators in the ocean. Slowly state and federal governments adopted laws and regulations curtailing the practice, but organized crime continued to operate much of the business. In the end, lending to high-margin investors contributed directly to the Wall Street crash of 1929. Loan Sharks is the first history of predatory lending in the United States. It traces the origins of modern consumer lending to such older practices as salary buying and hidden interest charges. Yet, as Geisst shows, no-holds barred loan sharking is not a thing of the past. Many current lending practices employed today by credit card companies, payday lenders, and providers of consumer loans would have been easily recognizable at the end of the nineteenth century. Geisst demonstrates the still prevalent custom of lenders charging high interest rates, especially to risky borrowers, despite attempts to control the practice by individual states. Usury and loan sharking have not disappeared a century and a half after the predatory practices first raised public concern.

Charles R. Geisst is a former investment banker who currently is the Ambassador Charles A. Gargano Professor of Finance at Manhattan College in Riverdale, New York. He is the author of nineteen other books, including, most recently, Collateral Damaged (2009) and Beggar Thy Neighbor: A History of Usury and Debt (2013).