The Human Prosperity Project: Essays on Socialism and Free-Market Capitalism from the Hoover Institution (Paperback) 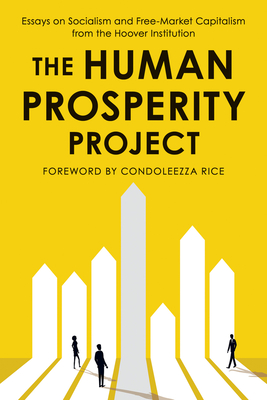 The Human Prosperity Project: Essays on Socialism and Free-Market Capitalism from the Hoover Institution (Paperback)

Socialism or free-market capitalism: Which is better for achieving human prosperity? The debate is long-standing—but some of the results are in. Historians, economists, political scientists, and other leading scholars review the evidence from multiple perspectives, examining what it takes for a society to flourish and how well each economic and political system supports its promises.

The Hoover Institution at Stanford University is a historical archive and public policy think tank that advances ideas promoting economic opportunity and prosperity while securing and safeguarding peace for America and all mankind. Condoleezza Rice is the Tad and Dianne Taube Director and the Thomas and Barbara Stephenson Senior Fellow on Public Policy at the Hoover Institution, Stanford University. She served as the sixty-sixth US secretary of state from 2005 to 2009 and as national security advisor from 2001 to 2005.