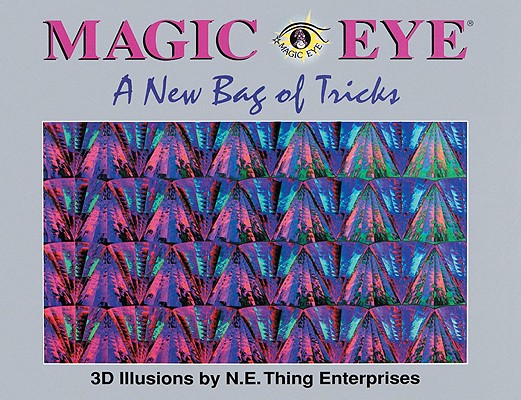 This is book number 5 in the Magic Eye series.


Magic Eye Inc, continues to expand its incredible repertoire with this collection of mesmerizing 3D images. Several new 3D techniques were conjured to create this bewitching assortment. Find the illusion within the illusion on page 29. Be transported into endless depth on page 16. Simple viewing techniques are included in the front of each book to help readers find their "Magic Eye."
Magic Eye® ignited the worldwide 3D craze of the 1990s. In fact, Magic Eye I, II, and III appeared on the New York Times Best Seller list for a combined 73 weeks. More than 20 million copies of Magic Eye books have been sold in more than 25 languages. The weekly newspaper syndicated comic strip has appeared in newspapers around the world since 1994.