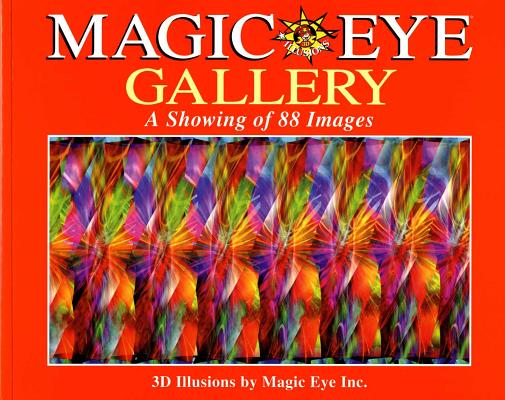 This is book number 4 in the Magic Eye series.

This paperback treasury is perfect for the insatiable Magic Eye fan.

Challenge family and friends to see who can view these 88 new eye-popping 3D images the fastest! This book is popular among many Magic Eye fans, and a waiting room favorite in offices and schools.
Magic Eye® ignited the worldwide 3D craze of the 1990s. In fact, Magic Eye I, II, and III appeared on the New York Times Best Seller list for a combined 73 weeks. More than 20 million copies of Magic Eye books have been sold in more than 25 languages. The weekly newspaper syndicated comic strip has appeared in newspapers around the world since 1994.