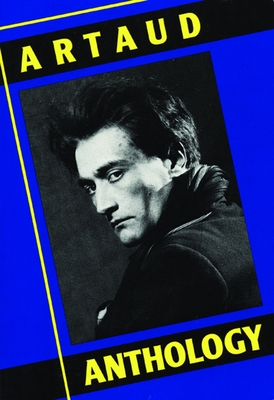 "I am the man," wrote Artaud, "who has best charted his inmost self." Antonin Artaud was a great poet who, like Poe, Holderlin, and Nerval, wanted to live in the infinite and asked that the human spirit burn in absolute freedom.

To society, he was a madman. Artaud, however, was not insane but in luciferian pursuit of what society keeps hidden. The man who wrote Van Gogh the Man Suicided by Society raged against the insanity of social institutions with insight that proves more prescient with every passing year. Today, as Artaud's vatic thunder still crashes above the "larval confusion" he despised, what is most striking in his writings is an extravagant lucidity.

This collection gives us quintessential Artaud on the occult, magic, the theater, mind and body, the cosmos, rebellion, and revolution in its deepest sense.

" I]n France his position extends beyond the theater, and indeed beyond any literary genre. Although he seems to have written incessantly in a sort of violent poetic prose which he scattered in all directions, his actual compositions have always been less well known than his personality. His prestige in literary circles depends in the first place on the fact that he was an abnormal individual, totally committed to the expression or exploration of his abnormality and quite oblivious of any of the requirements of ordinary living." --John Weightman, New York Review of Books

Antonin Artaud (1896-1948) was a French dramatist, poet, essayist, actor, and theater director. He is known as a significant figure in the history of theater, avant-garde art, literature, and other disciplines.Jack Hirschman is a San Francisco poet, translator, and editor. His powerfully eloquent voice set the tone for political poetry in this country many years ago. Since leaving a teaching career in the '60s, Hirschman has taken the free exchange of poetry and politics into the streets where he is, in the words of poet Luke Breit, "America's most important living poet." He is the author of numerous books of poetry, plus some 45 translations from a half a dozen languages, as well as the editor of anthologies and journals. Among his many volumes of poetry are Endless Threshold, The Xibalba Arcane, and Lyripol (City Lights, 1976).