New Mexico Rocks!: A Guide to Geologic Sites in the Land of Enchantment (Paperback) 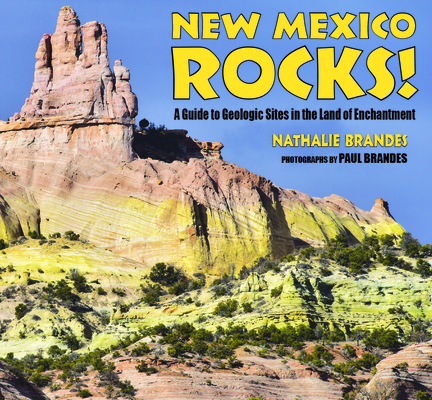 New Mexico Rocks!: A Guide to Geologic Sites in the Land of Enchantment (Paperback)


Usually Ships in 1-5 Days
To discover geologic treasures in the Land of Enchantment, all that is required is a good map, a sense of adventure, and New Mexico Rocks, a guide to 60 of the state's most compelling geologic sites. More than any other state except Hawaii, New Mexico was shaped by volcanic eruptions, from supervolcano calderas to young basalt flows and cinder cones. Legends of New Mexico's fiery origins are surpassed only by magical twists on its many other geologic locales. Most dunes are composed of quartz sand, but New Mexico's White Sands are made from gypsum. Carlsbad is an exceptional limestone cavern that was dissolved with sulfuric acid, not the normal carbonic acid of rainwater. Prospectors looking for precious metals discovered silver ore coating the entire surface of a cave--named the Bridal Chamber by Lake Valley miners. Dinosaurs--including the Bisti Beast and Coelophysis, the state fossil--inhabited New Mexico, but the footprints at Prehistoric Trackways National Monument were left by Dimetrodon, which lived before the dinosaurs. With its charming photographs and informative figures and maps, this guidebook will get you up to speed on every aspect of New Mexico's bewitching geology.