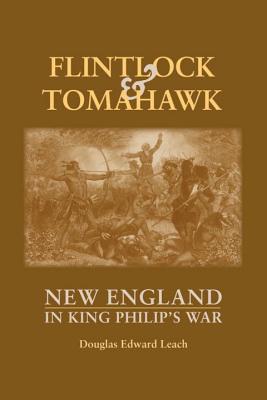 “Marked by scrupulous and wide-ranging research, it is not only good history but good narrative as well.” —Robert J. Taylor, American Historical Review

This classic account of King Philip’s War, first published in 1958, offers a bird’s-eye view of the conflict, from the Wampanoag sachem’s rise to his ultimate defeat. The battles, massacres, stratagems, and logistics of this war are all detailed, with the leaders of both sides figuring prominently in this tale of bloodshed, privation, and woe. The author weighs all the factors contributing to the Native Americans’ defeat and surveys the effects of the war on the lives of both Indians and colonists in the years to come. With insight, balance, and compassion, Leach portrays the tragedy of the war and points toward the future of the nascent American republic.

Douglas Edward Leach (1920-2003) was a distinguished scholar and professor of American history. Leach spent the last three decades of his career at Vanderbilt University. Among his achievements were Fulbright Lectureships at the Universities of Liverpool, England, and Auckland, New Zealand. His other published works include The Northern Colonial Frontier, 1607-1763; Arms for Empire; and Roots of Conflict: British Armed Forces and Colonial Americans, 1677-1763. Leach’s final book, Now Hear This: The Memoir of a Junior Naval Officer in the Great Pacific War, won the John Lyman Book Award of the North American Society for Oceanic History.