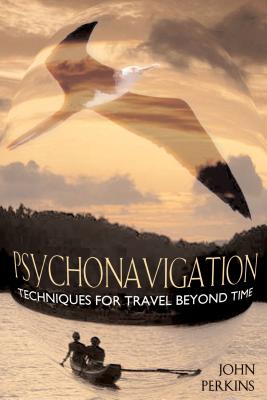 The New York Times bestseller Confessions of an Economic Hit Man documents John Perkins’ extraordinary career as a globe-trotting economic hit man. Perkins’ insider’s view leads him to crisis of conscience--to the realization that he must devote himself to work which will foster a world-wide awareness of the sanctity of indigenous peoples, their cultures, and their environments. Perkins’ books demonstrate how the age-old shamanic techniques of some of the world’s most primitive peoples have sparked a revolution in modern concepts about healing, the subconscious, and the powers each of us has to alter individual and communal reality.

This groundbreaking book is John Perkins’s firsthand account of his experiences with the shamanic technique of psychonavigation--a method of traveling outside the body by means of visions and dream wanderings--and his encounters with the Shuar of the Amazon, the Quechua of the Andes, and the Bugis of Indonesia. Shuar shamans psychonavigate for the purposes of hunting and healing, while the Bugis, among the most renowned sailors of the world, use these techniques to navigate without the aid of charts and compasses. Perkins explains how these techniques work and how the people of these indigenous cultures psychonavigate to both distant physical destinations and sources of inner wisdom.

Throughout history, psychonavigation has been practiced by highly creative minds such as Beethoven, Jung, and Einstein. Perkins’s riveting narrative takes us on a journey of personal discovery as he learns the great value of these techniques and their relevance not only to individual well-being, but to the health of the environment and of the world at large. He reveals how by attuning to the positive forces in nature and communicating with our inner guides we all can become psychonavigators, finding our way to wise decisions and developing innovative approaches to the challenges we face as individuals and a world community.
John Perkins has traveled and worked with South American indigenous peoples since 1968. He currently arranges expeditions into the Amazon and has developed the POLE (Pollution Offset Lease on Earth) program with the Shuar and Achuar peoples as a means of preserving their culture against the onslaught of modern civilization. He is also the author of The Stress-Free Habit, Psychonavigation, Shapeshifting, and The World Is As You Dream It.
"The book challenges you to think about using this technique in your decision making life, and is helpful as a guide on incorporating an ancient and well-tried natural attunement technique into all you do."
— What's on the Planet

"From the Amazon rain forests to North American boardrooms, John Perkins has used shamanic wisdom to spark cultural changes around the world."
— Intuition