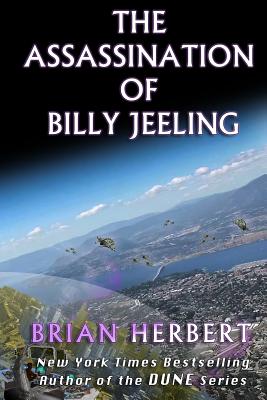 Billy Jeeling is the greatest hero in the history of mankind, the scientific genius who designed and built Skyship, an immense flying city that has been cleansing and repairing the atmosphere for decades--using his secret technologies. But he's an old man now, and has overstayed his welcome. The one-world government of the AmEarth Empire wants him to step down and turn over his secrets and technologies to them to control. Billy knows this would be most unwise.

When Billy refuses to resign, the government institutes a campaign against him, spreading lies, distortions, and half-truths that seriously damage his reputation. His popularity plummets, and millions of people crowd the streets of major cities, demonstrating against him.

Despite all the adversity, Billy remains on board Skyship, devoted to saving humanity from itself. The government can't remove him forcibly--without risking the loss of the critically important vessel and its priceless secrets. The ship bristles with defensive weaponry and high-tech security, and has a force of human and robotic security officers, all under the control of Billy's son Devv, the Security Commander. But the vessel's most important defense has to do with an announcement that Billy made to the AmEarth government: If Skyship were ever destroyed or seriously damaged, it would set in motion a series of huge atmospheric explosions that would wipe out virtually all life on the planet.

Billy has even deeper secrets (and personal demons) than they can possibly imagine, some so dangerous to civilization he hardly dares think about them around others lest they get revealed before he can solve them. Recognizing his own age, Billy has greater plans even than Skyship to save humanity, but he needs time to put them in place.

Billy Jeeling, and every living creature, are on the edge of doom, and only Billy can save them....