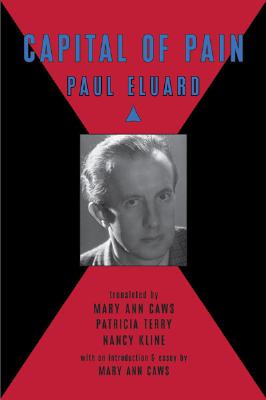 
Usually Ships in 1-5 Days
Capital of Pain, is considered one of the key texts of surrealism. This is the first new translation into English of this work in over 30 years and the only edition available in the English language. This edition presents the text in its entirety in a bilingual format and includes an extensive essay on Eluard's works by Mary Ann Caws. This book has had a lasting effect on poets and readers since it exploded unto the literary scene in 1926 and has never been out of print in Europe since.

Mary Ann Caws is Distinguished Professor of English, French, and Comparative Literature at the Graduate School of The City University of New York. She is the author, translator, and editor of numerous books and publications on the major ?gures of both Dada and Surrealism. Patricia Terry was Professor of French Literature at Barnard College and the University of California San Diego until her retirement in 1991. She is the author, translator, and editor of numerous essays related to medieval French verse and 19th- and 20thcentury French poetry. Nancy Kline directs the Writing Program at Barnard College, where she teaches in the English and the French departments. She has published ?ve books to date and is currently working on a novel and a collection of essays. Her numerous translations, essays, short stories, and reviews have appeared widely. Translators reside in New york City and San Diego, Calif.