On My Watch: A Memoir (Paperback) 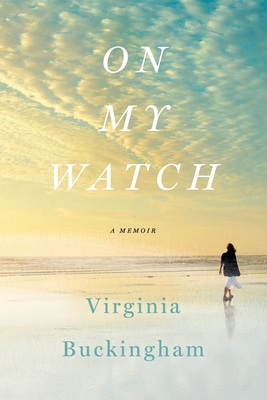 On My Watch: A Memoir (Paperback)

Blamed for the 9/11 attacks, one woman has to find the courage to be her own hero.

As the nation came together to mourn, to support, and to rebuild in the aftermath of 9/11, Virginia Buckingham was singled out for blame. As the head of Boston's Logan International Airport, the launching pad for the hijacked planes that destroyed the Twin Towers, she was scapegoated by the media and political leaders for supposed airport security lapses and forced to resign. She was also sued for wrongful death by the family of a 9/11 victim, holding her personally responsible for the terrorist attack.

A rising star at thirty-five--she had served as chief of staff to two consecutive Massachusetts governors before becoming the first woman to head the state's Port Authority--Buckingham's life and career was suddenly derailed. Grappling with issues of trauma, faith, leadership, and resilience, this unique memoir shares her struggle to rebuild her life and come to terms with being blamed for the unimaginable tragedy that occurred on her watch.