A Mirror for Magistrates: A Modernized and Annotated Edition (Hardcover) 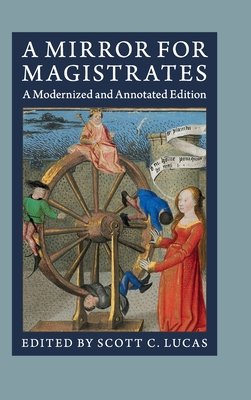 A Mirror for Magistrates: A Modernized and Annotated Edition (Hardcover)


Usually Ships in 1-5 Days
Over the six decades it remained in print in Tudor and Stuart England, William Baldwin's collection of tragic verse narratives A Mirror for Magistrates captivated readers and led numerous poets and playwrights to create their own Mirror-inspired works on the fallen figures of England's past. This modernized and annotated edition of Baldwin's collection - the first such edition ever published - provides modern readers with a clear and easily accessible text of the work. It also provides much-needed scholarly elucidations of its contents and glosses of its most difficult lines and unfamiliar words. The volume permits students of early modern literature and history to view Baldwin's work in a new light, allowing them to re-assess its contents and its poems' appeal to several generations of early modern readers and authors, including William Shakespeare, Michael Drayton and Samuel Daniel.