What Is Life?: With Mind and Matter and Autobiographical Sketches (Canto Classics) (Paperback) 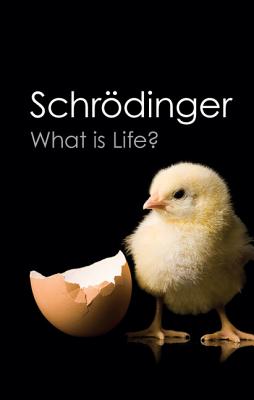 What Is Life?: With Mind and Matter and Autobiographical Sketches (Canto Classics) (Paperback)


Usually Ships in 1-5 Days
Nobel laureate Erwin Schr dinger's What is Life? is one of the great science classics of the twentieth century. It was written for the layman, but proved to be one of the spurs to the birth of molecular biology and the subsequent discovery of DNA. What is Life? appears here together with Mind and Matter, his essay investigating a relationship which has eluded and puzzled philosophers since the earliest times. Brought together with these two classics are Schr dinger's autobiographical sketches, which offer a fascinating account of his life as a background to his scientific writings.