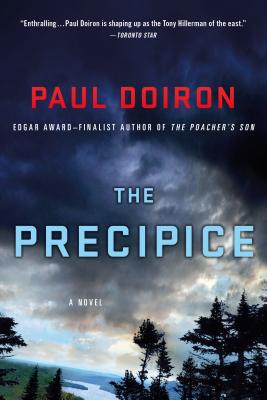 This is book number 6 in the Mike Bowditch Mysteries series.

When two female hikers disappear in the Hundred Mile Wilderness-the most remote stretch along the entire Appalachian Trail-Maine game warden Mike Bowditch joins the desperate search to find them.

Hope turns to despair after two unidentified corpses are discovered-their bones picked clean by coyotes. Do the bodies belong to the missing hikers? And were they killed by the increasingly aggressive wild dogs?

Soon, all of Maine is gripped with the fear of killer coyotes. But Bowditch has his doubts. His new girlfriend, wildlife biologist Stacey Stevens, insists the scavengers are being wrongly blamed. She believes a murderer may be hiding in the offbeat community of hikers, hippies, and woodsmen at the edge of the Hundred Mile Wilderness. When Stacey herself disappears along the Appalachian Trail, the hunt for answers becomes personal.

Can Mike Bowditch find the woman he loves before the most dangerous animal in the North Woods strikes again?