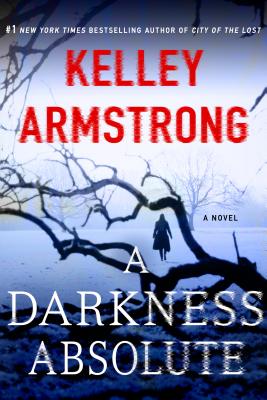 This is book number 2 in the Casey Duncan Novels series.

When experienced homicide detective Casey Duncan first moved to the secret town of Rockton, she expected a safe haven for people like her, people running from their past misdeeds and past lives. She knew living in Rockton meant living off-the-grid completely: no cell phones, no Internet, no mail, very little electricity, and no way of getting in or out without the town council’s approval. What she didn’t expect is that Rockton comes with its own set of secrets and dangers.

Now, in A Darkness Absolute, Casey and her fellow Rockton sheriff’s deputy Will chase a cabin-fevered resident into the woods, where they are stranded in a blizzard. Taking shelter in a cave, they discover a former resident who’s been held captive for over a year. When the bodies of two other women turn up, Casey and her colleagues must find out if it’s an outsider behind the killings or if the answer is more complicated than that...before another victim goes missing.

Praise for City of the Lost

"A locked room mystery on steroids; readers shouldprepare for an all-nighter to finish it." —Booklist

"Excellent first in a new thrillerseries... A highly unusual set-up sets the stage for a distinctive cast ofcharacters and a page-turning plot." —Publishers Weekly on City of the Lost (starred review)